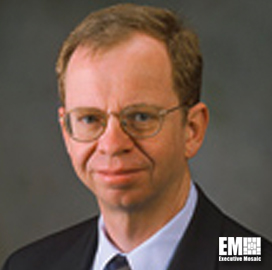 Dr. Jeffrey H. Reed is the Willis G. Worcester Professor in the Bradley Department of Electrical and Computer Engineering. He is the Founding Director of Wireless @ Virginia Tech, and served as Director of the Mobile and Portable Radio Research Group (MPRG) from 2000-2002. In 2009 he served as the Founding Faculty Member and Interim Director of the Hume Center for National Security and Technology, and in 2019-2020 served as the Interim Director for the State of Virginia’s Commonwealth Cyber Initiative.

He received his B.S., M.S., and Ph.D. from the University of California, Davis through 79-87. Dr. Reed is a founder or co-founder of Power Fingerprinting, Federated Wireless, Cognitive Radio Technologies, and Reed Engineering.

Dr. Reed's area of expertise is in software radios, smart antennas, wireless networks, and communications signal processing. He has authored, co-authored, or co-edited eleven books and proceedings, contributed to six books, and authored or co-authored over three hundred journal and conference papers. His books include Software Radio: A Modern Approach to Radio Design and An Introduction to Ultra-Wideband Communication Systems (both published by Prentice-Hall), Cellular Communications: A Comprehensive and Practical Guide (published by IEEE and Wiley), and his most recent Rohde & Schwarz publication 5G Cellular Communications: Journey and Destination– A Multimedia eBook.

Dr. Reed has received many honors and acknowledgements, including the Wireless Innovations Forum International Achievement Award for his lifetime work in SDR in 2013. He is currently on the Editorial Board for IEEE-Wiley Press, and served on the Editorial Board for the Proceedings of the IEEE from 2013 to 2017. In 2005 he became a Fellow to the IEEE for contributions to software radio and communications signal processing and leadership in engineering education, and in 2014 he served as co-general chair of the IEEE Dynamic Spectrum Access Conference. Dr. Reed also received the College of Engineering Award for Excellence in Research in 2001. In 2004, Dr. Reed Received the Outstanding Industry Contributor Award from the SDR Forum. During 2004 he also received an award from the SDR Forum for his pioneering 2001 publication that provides a mathematical foundation to cognitive radio based on game theory. In 2002, Dr. Reed served as the technical co-chair of the SDR Forum's Conference in Software Radios, the leading professional organization devoted to software-defined radio.

Dr. Reed has provided significant contributions in the area of software radio and communications signal processing. Specific contributions include the development of hardware architectures for software radios based on reconfigurable computing, prototype hardware development, and assistance in standardizing software radio architectures. His textbook, Software Radios: A Modern Approach to Radio Design, is based on his research experience with ONR, DARPA, TI, and Samsung, and is one of the first books devoted exclusively to software radios. Dr. Reed has been developing educational materials to support the new area of software methodologies for SDR and to that end has released code for an OSSIE (Open Source SCA Implementation: Embedded) to build a Linux-type support environment for SDR code reuse.

Dr. Reed has had numerous government sponsors, including DOJ, Customs Dept., DARPA, ONR, ARO, JIEDDO, CIA, NSA, and government contractors Booz, Allen Hamilton, SAIC, General Dynamics, Aerospace, IDA, and Raytheon. Some of Dr. Reed’s past contributions to the government include: participant on the working group for President’s Council of Advisors for Science and Technology (PCAST) on maximizing benefits from the federal spectrum, DARPA panel member to help define new programs for NSA, and member of Office of the Secretary of Defense (OSD) review panel for progress in JTRS program. He has served as a member of CSMAC committee to advise the Dept. of Commerce on spectrum issues and has testified before Congress on the importance of research for effective spectrum management.