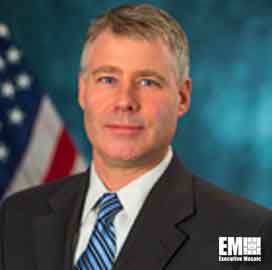 In this key role, Mr. McLaughlin is responsible for providing leadership for all aspects of CBP's Targeting, Intelligence, and Analysis systems. These global systems support DHS and other Federal agencies in securing the Homeland and ensuring the safe flow of international trade and the traveling public.

Prior to this appointment, Mr. McLaughlin served in several key positions within the Targeting and Analysis Systems Program Office and the Office of Information and Technology. He recently served as the Director of Cargo Targeting, where he established data exchange across the trade community and with foreign governments to help protect our nation's borders and led numerous CBP initiatives to modernize a wide range of national security systems. His efforts have resulted in the development of systems that secure our borders while expediting the processing of low-risk cargo and travelers. Previously, Mr. McLaughlin served as the Director of Architecture and Engineering for the Targeting Program and as the Chief of Data Center Operations Branch. His career began with legacy U.S. Customs Service in 1997.

Mr. McLaughlin is a graduate of Virginia Tech and has a Master's Certificate in Project Management from George Washington University School of Business and Public Management. He is a recipient of numerous Commissioner's awards for government service, including the Diana Dean and Jose Melendez-Perez Anti-Terrorism Award for leading the development of the Air Cargo Advanced Screening (ACAS) program following the Yemen 2010 Air Cargo bombing attempt, and the Trade and Facilitation Award for developing and operationalizing the Cargo Release entry system. Mr. McLaughlin was also recognized for his service in the emergency response team that flew to Haiti after the devastating 2010 earthquake to create a CBP outpost for the reestablishment of operations and repatriation of American citizens as part of the DHS Operation Safe Return.