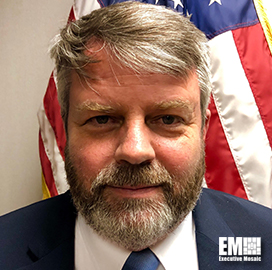 Mr. Jim Thomson is a Highly Qualified Expert (HQE) assigned to the U.S. Army Futures Command Future Vertical Lift Cross Functional Team (FVL-CFT) as a Senior Advisor to the Director. Serving as the Acting Deputy Director he provides critical input in direct support of the Director’s vision of enhancing U.S. Army vertical lift dominance of the future through the development of next generation capabilities leveraging advanced teaming with manned and unmanned systems. Mr. Thomson is dedicated to creating an organizational climate that values each member of the team while fostering a culture of collaboration, communication, and innovation.
Mr. Thomson is a 30 year veteran of the U.S. Army culminating as a Command Sergeant Major serving at the enterprise level of the Army. After serving as the U.S. Army Aviation Center of Excellence Command Sergeant Major, Mr. Thomson went on to lead the U.S. Army Training and Doctrine Command’s Institute for Noncommissioned Officer Professional Development and the U.S. Army’s Center for Army Leadership before retiring from active duty in June 2018.
Mr. Thomson earned his Bachelor of Arts degree in History from the University of Maryland University College and received his Master of Science degree in Leadership from Trident University International.
Mr. Thomson’s awards include the Defense Distinguished Service Medal, Legion of Merit, Bronze Star Medal, and the Master Aircraft Crewmember badge.