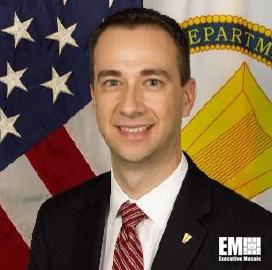 Mr. Joseph Welch is the Director of the Command, Control, Communications, Computers, Cyber, Intelligence, Surveillance, and Reconnaissance (C5ISR) Center. As Director, he is responsible for establishing the C5ISR Center’s comprehensive Science and Technology (S&T) Portfolio providing strategic program formulation guidance involving short-and long-range goals utilizing existing and anticipated state-of-the art advances in communications, mission command, sensors, electronic warfare, intelligence and countermeasure equipment and services. Programs encompass technology thrusts in Mission Command, Communications, Intelligence, Surveillance, and Reconnaissance technologies and systems in various stages of the life cycle model. In addition to the center's Science and Technology mission, he oversees its engineering support and services provided to the acquisition Program Executive Offices, Life Cycle Management Commands, and other DOD and Federal customers.
Mr. Welch, who was appointed to the Senior Executive Service in January 2019, previously served as the Deputy Program Executive Officer, Command, Control and Communications- Tactical (PEO C3T), where he guided a workforce of more than 1,600 personnel supporting over 50 Army acquisition programs and efforts. His responsibilities include the development, acquisition, fielding and support of the Army’s tactical network, a critical Army priority that provides information dominance to current and future Soldiers in challenging environments worldwide.
Mr. Welch holds a master of engineering in systems engineering from Stevens Institute of Technology and a bachelor of science in electrical engineering and economics from Tufts University. He is also a graduate of the Aberdeen Proving Ground Senior Leadership Cohort program. Mr. Welch is a two-time recipient of the Department of the Army Superior Civilian Service Award and has been awarded the Army Signal Corps Association Bronze Order of Mercury. He holds Level III acquisition certification in both program management and engineering.