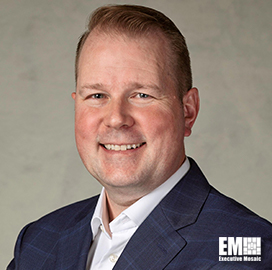 Joel Dillon is a technical leader in Booz Allen’s Army portfolio, focused on Digital Battlefield and Soldier Solutions. He also serves as a leader in Booz Allen’s Chief Translation Office, a program that works across multiple portfolios to translate technical and operational requirements, bring innovation to the Army, and create talented teams that excel in delivering quality solutions to Booz Allen’s clients.
Prior to joining Booz Allen in 2019, Joel worked on the cutting edge of cloud computing as a Senior Technical PM for Amazon Web Services (AWS), where he was responsible for partnering with the Intelligence Community and overseeing the launch and operation of the world’s first cloud computing region capable of handling workloads at the U.S. Government’s Secret classification level. Prior to that, Joel spent a full career in the U.S. Army as an Infantry and Acquisition Officer, earning numerous awards to include the Legion of Merit, the Bronze Star Medal with Valor Device and Oak Leaf Cluster, the Ranger Tab, Combat and Expert Infantryman’s Badges, Senior Parachutist Wings, Air Assault Wings, and many others. He led both Airborne and Mechanized Infantry units and served as an Infantry commander during ground combat in Iraq, for which he was honored with the Army’s prestigious General Douglas MacArthur Leadership Award. After commanding in Iraq, Joel served as an Assistant Professor at West Point, teaching Mechanical Engineering, Computer-Aided Design, Product Design, and Manufacturing to Cadets. Later, as an Acquisition Officer, Joel worked on Soldier equipment and in the Army’s Research and Technology office. He spearheaded the development, testing, and fielding of multiple life-saving Soldier products to include flame-resistant uniforms and Female Body Armor, which TIME Magazine named one of the greatest inventions of 2012. As a result of his work at the Army’s Program Executive Office (PEO) Soldier, Joel and his team were also selected to receive the Army Acquisition Excellence Award for Equipping and Sustaining our Soldiers’ Systems. Prior to retiring from the Army, Joel worked at the Pentagon doing deep-future research and technology development for the office of the Assistant Secretary of the Army for Acquisition, Logistics, and Technology (ASA(ALT)), where he and his team were awarded the Army’s 2017 Dr. Wilber B. Payne Award for Excellence in Analysis.
Joel received an M.S. in Mechanical Engineering from Stanford University and a B.S. in Mechanical Engineering from West Point. He also attended Defense Acquisition University and holds the highest-level (Level III) Defense Acquisition Workforce Improvement Act (DAWIA) certifications in both Program Management and Engineering.