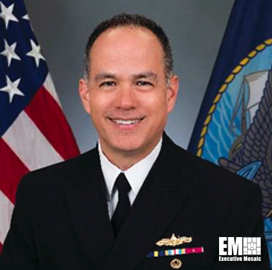 Vice Adm. Jon Hill is a native of Texas, born and raised on Fort Bliss. A Surface Warfare Officer, designated as an Engineering Duty Officer, he is a graduate of Saint Mary’s University. He earned his Master of Science in Applied Physics and Ordnance Engineering from Naval Postgraduate School.

In June 2019, Hill became the 11th director of the Missile Defense Agency (MDA). In this capacity, he oversees the MDA's global mission to develop, deliver, and sustain layered capabilities to defend deployed forces, the United States, allies and friends against ballistic missile attacks in all phases of flight.