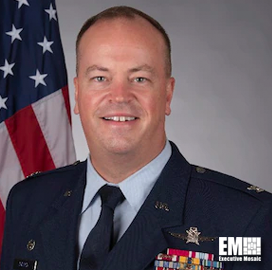 Col Kirsch entered the Air Force in 1999 as a graduate of Purdue University’s Air Force Reserve Officer Training Corps program. He has served at the Major Command, Combatant Command and Air Staff levels, and served in various tactical and fixed communications assignments. He is originally from Tampa, Florida. Prior to his current position, the colonel was the Commander of the 690th Cyberspace Operations Group, as well as the Director of Operations and Intelligence for the 688th Cyberspace Wing, Joint Base San Antonio, Texas.