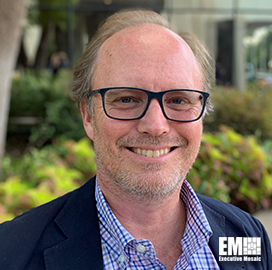 Lance Spencer leads the AT&T business for the Air Force and Space Force, Office of the Secretary of Defense, Combatant Commands and Defense Agencies. He is responsible for identifying, aligning and developing AT&T and partner capabilities to meet Air Force, DoD, Joint and Coalition global operating needs to improve operational availability, cyber security, resiliency and cost.

Prior to his current position, Mr. Spencer served nearly 26 years in the United States Air Force, retiring as a colonel. He held a variety of key leadership positions in the United States and overseas including: Headquarters, United States Air Force at the Pentagon; several Major Commands; stood up the Communications Directorate at an Air Force Component Command; Joint Task Force/J6; Expeditionary Group Commander; and Squadron Commands both in garrison and deployed. His extensive experience heading teams that deliver Information Technology, Cyberspace, Space, and Intelligence capabilities has made him an acknowledged front runner in charting Air Force Cyber and IT Strategies and Solutions.

Mr. Spencer is a recipient of the Air Force’s Legion of Merit medal. He was awarded the Order of Merit for his support to the Air Force Association’s CyberPatriot Program. He was selected for the AT&T Diamond Club in 2019 (top 1%), named the 2018 MVP for the AT&T Defense Segment (#1/1000) and was a member of the 2018 Team Award. In 2016, he was presented with the AT&T Sales Excellence Award.

Mr. Spencer earned a bachelor’s degree in Electrical Engineering from Tulane University, a master’s degree in Engineering with a business minor from the University of Nebraska, and completed the Air War College. He is a member of the Board of Directors for CyberPatriot. He is also an author and a public speaker; several of his articles have been printed in industry publications and he has spoken at numerous industry events.