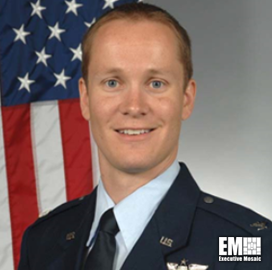 Colonel Matthew D. Strohmeyer is an International Security Program Military Fellow at the Center for Strategic and International Studies.
Colonel Strohmeyer is a 2001 graduate of the United States Air Force Academy. His flying service includes as a mission ready Instructor and Evaluator pilot in an F-15E operational squadron, and UPT and PIT T-38 training squadron. His Command experience includes the Flight, Detachment, and Squadron-level. He has held the position of Chief of Plans and Commander’s Action Group Director at the MAJCOM level, and Deputy Commander’s Initiatives Group Director and JADC2 Development Lead at a Combatant Command. He has flown over 490 combat hours in support of Operation ENDURING FREEDOM.