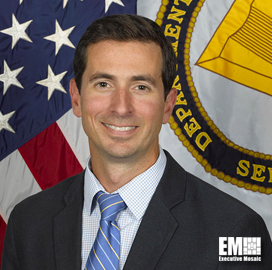 Mr. Mark Kitz assumed responsibilities as the Program Executive Officer (PEO) for Intelligence, Electronic Warfare and Sensors (IEW&S) in May 2021. As the PEO IEW&S, he provides technical and managerial oversight of the development, acquisition, fielding, and life cycle support of the Army’s portfolio of intelligence; electronic warfare; cyber; integrated base defense; force protection; position, navigation, and timing; biometrics; and target acquisition programs. These capabilities provide the Soldier with the ability to detect, recognize, and identify targets and collect, tag, and mine intelligence, which can be integrated into the tactical network to support force protection maneuver, persistent surveillance, and provide a more detailed understanding of the battlefield.
Before this assignment, Mr. Kitz served as the Deputy PEO for IEW&S from June 2019 to May 2021. He previously served as the Director for Acquisition and Engineering in PEO IEW&S from 2015 to 2019. In this position, he was responsible for acquisition management oversight, engineering and integration, cost management, program performance metrics, and earned value management across the 49 ACAT I, II, III, and 58 Quick Reaction Capabilities. As the technical authority for the PEO, Mr. Kitz oversaw design engineering and development activities involving 22 programs under the Engineering, Manufacturing, and Development (EMD) phase, the process of the budgetary planning and priorities for an annual $3 billion budget. He managed one of the Army’s largest information technology cybersecurity portfolios involving 93 national security and intelligence systems in both development and sustainment. During this time, Mr. Kitz also served as the Acting Deputy PEO for IEW&S.
Prior assignments include serving as the Technical Director for Project Manager Distributed Common Ground Systems–Army (PM DCGS-A). At PM DCGS-A, Mr. Kitz directed the engineering development activities for programs in the EMD acquisition phase, oversaw the design, development, and contract execution, collaborated with the Intelligence Community and Joint Service PM DCGS-A programs for strategic alignment and unique requirements, as well as responsible for the strategic planning and Army submission of an annual $400M budget. Before PM DCGS-A, Mr. Kitz had multiple assignments as an Engineer and Scientist with the Intelligence Information Warfare Directorate of the Communication Electronics Research and Development Command, including Chief Engineer and Project Lead for TROJAN, as well as Director for the Intelligence Processing laboratory.
Mr. Kitz also served as Research Engineer for Defense Science and Technology in Edinburgh, Armed Forces Overseas Australia, where he launched collaborative research between the Army and Australian laboratories in the intelligence and electronic warfare domains.
He was awarded the Superior Civilian Service Award for C4ISR Top Ten Employee of the Year for 2017 on 14 March 2018. He also received Commander’s Awards for Civilian Service in October 2018, November 2013, and February 2009; Army Superior Unit Awards in July 2017, November 2009, and December 2000; Superior Civilian Service Award in April 2015; Achievement Medal for Civilian Service in May 2015; and Certificate of Achievement in December 2001.
Mr. Kitz earned a Master’s Degree from the New Jersey Institute of Technology and a Bachelor’s from Lafayette College. He and his wife Erika are the proud parents of three young boys. Mark and Erika were raised in New Jersey by families steeped in the tradition of public service, with parents serving as policemen and public school teachers. He is an avid runner and triathlete.