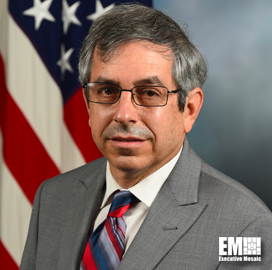 Dr. Mark J. Lewis is the Acting Deputy Under Secretary of Defense for Research and Engineering. In this role, he is responsible for research, development, and prototyping activities across the DoD enterprise. In addition, he oversees the activities of the Defense Advanced Research Projects Agency (DARPA), the Missile Defense Agency (MDA), the Space Development Agency (SDA), the Defense Innovation Unit (DIU), the DoD Laboratory and Engineering Center enterprise, and the Under Secretariat staff focused on developing advanced technology and capability for the U.S.military.

He is also Director of Defense Research and Engineering for Modernization. In this capacity, Dr. Lewis oversees investment and capability analysis of the Pentagon's modernization priorities outlined in the National Defense Strategy. He has oversight of the 11 principal directors assigned to those modernization portfolios and their roadmaps - the comprehensive strategies to manage, provide oversight and guide choices for each modernization priority area. These modernization priorities include 5G; Artificial Intelligence and Machine Learning; Autonomy; Biotechnology; Cyber; Directed Energy; Fully Networked Command, Control, and Communications; Hypersonics; Microelectronics; Quantum Science; and Space.

Prior to his current roles, Dr. Lewis was the Director of the IDA Science and Technology Policy Institute where he lead a team of researchers providing analysis of science and technology issues for the Office of Science and Technology Policy in the White House, the National Science
Foundation, the National Institutes of Health, NASA and other federal science agencies. Dr. Lewis served as the Willis Young, Jr. Professor and Chair of the Department of Aerospace Engineering at the University of Maryland, President of the American Institute of Aeronautics and Astronautics, and was the founder of both the Center for Hypersonics Education and Research and the NASA-Air Force Constellation University Institutes Project. He has also served on various advisory boards for NASA, the Defense Department, and the Air Force, including two terms on the Air Force Scientific Advisory Board.