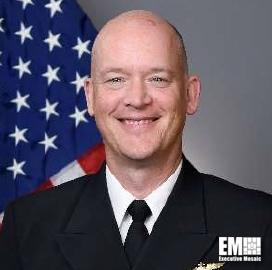 After commissioning, Farr served as an intern at Los Alamos National Laboratory where he previously participated in the Service Academy Research Associate program. He earned his designation as a Naval Aviator in 1998. He completed P- 3C FRS training at VP-30 and then joined the Fighting Tigers of Patrol Squadron EIGHT where he completed a SIXTH FLEET Mediterranean deployment and an Iceland/Caribbean deployment, flying in support of Operations Joint Guardian and Determined Forge. As a Fighting Tiger, he served as Aircraft Division Officer and was designated a Patrol Plane Mission Commander and Instructor Pilot. Farr reported to the NRL Flight Support Detachment in 2002 and served as Operations Officer and Primary NATOPS Evaluator. He next served onboard USS GEORGE WASHINGTON as the Force Protection Officer and Security Officer (Acting). While there, he qualified as Tactical Action Officer and Assistant Command Duty Officer in port. He returned to NRL to serve as the Project Director for VXS-1 where he managed the Navy’s only large airborne S&T research capability. Farr served as Officer-in-Charge of the successful Rampant Lion II detachment in Kandahar, Afghanistan.

Following selection as an aerospace engineering duty officer (AEDO) in 2009, he served as the P-3C/P-8A Weapons Class Desk and the PMA-290 TacMobile and Mission Planning IPT Lead, twice participating on teams recognized with NAVAIR Commander’s National Awards for P-3 Quality of Service and for P-8A Milestone C and cost reduction initiatives. In 2014, Farr reported as a Deputy Program Manager in PMA-201 Precision Strike Weapons where he led the Level 1 Integrated Product Team responsible for the Navy’s Harpoon and SLAM-ER weapons programs. He completed development and test of the Navy’s first Net-Enabled Anti-Ship missile, the Harpoon Block II+, and completed installation of a Harpoon system on the first LCS class ship. He and his team were awarded the 2016 PMA- 201 Striker Award for acquisition excellence. He next served as Deputy Program Manager of PMA-264 Air ASW Systems, leading five IPTs and coordinating a $1.3B program across the FYDP.

Prior to commissioning, Farr began his career in the Nuclear Power Program, completing Nuclear Field Electrician’s Mate “A” School in Orlando, FL before being selected for the Naval Academy Preparatory School in Newport, RI. He holds a Joint Professional Military Education (JPME) Phase One certificate from the Air Command and Staff College. He holds Level III certifications in both Program Management and Engineering, along with Level II Test and Evaluation and Level I Science and Technology Management certifications. Farr was selected as a Defense Acquisition Corps member in 2009 and is a graduate of the NAVAIR Leadership Development Program.

Farr currently serves as Executive Officer, Office of Naval Research Global. His awards include the Navy Meritorious Service Medal (2), Navy Commendation Medal (5), and the Navy Achievement Medal (2). Farr is married to the former Karen Tyler of Upper Marlboro, MD. They have two sons, Gibson and Cooper.