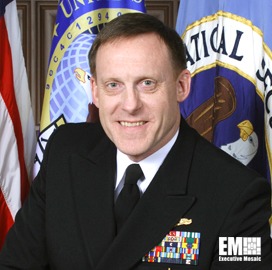 Adm. Rogers is a native of Chicago and attended Auburn University, graduating in 1981 and receiving his commission via the Naval Reserve Officers Training Corps. Originally a surface warfare officer (SWO), he was selected for re-designation to cryptology (now Information Warfare) in 1986.


Since becoming a flag officer in 2007, Rogers has also served as the director for Intelligence for both the Joint Chiefs of Staff and U.S. Pacific Command, and most recently as Commander, U.S. Fleet Cyber Command/U.S. TENTH Fleet.


Duties afloat have included service at the unit level as a SWO aboard USS Caron (DD 970); at the strike group level as the senior cryptologist on the staff of Commander, Carrier Group Two/John F. Kennedy Carrier Strike Group; and, at the numbered fleet level on the staff of Commander, U.S. 6th Fleet embarked in USS Lasalle (AGF 3) as the fleet information operations (IO) officer and fleet cryptologist. He has also led cryptologic direct support missions aboard U.S. submarines and surface units in the Arabian Gulf and Mediterranean.


Rogers' joint service both afloat and ashore has been extensive and, prior to becoming a flag officer, he served at U.S. Atlantic Command, CJTF 120 Operation Support Democracy (Haiti), Joint Force Maritime Component Commander, Europe, and the Joint Staff. His Joint Staff duties (2003-2007) included leadership of the J3 Computer Network Attack/Defense and IO Operations shops, EA to the J3, EA to two Directors of the Joint Staff, special assistant to the Chairman of the Joint Chiefs of Staff, director of the Chairman's Action Group, and a leader of the JCS Joint Strategic Working Group.