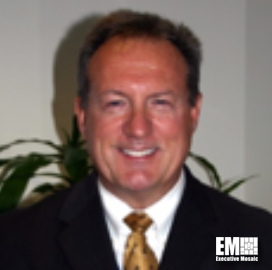 Michael Wells is the Chief Innovation Officer for the Operational Technology Group at Vectrus. He joined Vectrus in December 2016 from Tangible Security where he was the President. Prior to Tangible Security, he was a VP/Partner at IBM responsible for their Smarter Installation of the Future and Cities portfolio and strategy. Prior to IBM, he was at the SR VP and GM for the Siemens Corporation responsible for their US government solutions portfolio – world-wide. Prior to Siemens, he was the Information Assurance Director for the Microsoft Corporation, responsible for their security portfolio. Prior to his commercial career, Michael served and retired from the U.S. Air Force – spending his entire military career supporting the Intelligence Community. Michael was responsible for bringing in new technologies and solutions to be shared across the Intelligence Community. In parallel, he was the Chief Software Engineer for the National Reconnaissance Office, responsible for special application development. Michael holds three master’s degrees – Computer Science, Computer Engineering, International MBA/Finance from The George Washington University; bachelor’s degree in Computer Science from the University of Maryland; and an A.A.S. in Telecommunications Technology from the Community College of the Air Force.