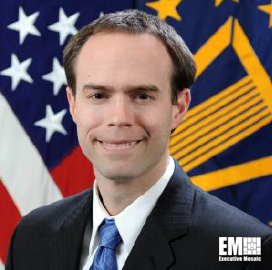 Mr. Preston C. Dunlap is the Chief Architect of the Department of the Air Force. First to hold this position, Mr. Dunlap is charged with working across the Air and Space Force, and in partnership with the Department of the Navy and Army, to transform technology development and acquisition so the Air Force not only designs, develops, and buys the right mix of future capability but does so more rapidly and with the power of interoperability. Key family of systems initiatives include Multi-domain Operations, Advanced Battle Management System, and Next Generation Air Dominance.

Prior to this position, Mr. Dunlap was the Executive for National Security Analysis of the Johns Hopkins University Applied Physics Laboratory, the nation’s largest University Affiliated Research Center.
There he oversaw national security defense and intelligence programs at all levels of classification and managed an extensive and diverse organization of program managers, technologists, analysts, and operators. He led programs in support of the Vice President of the United States, Cabinet Secretaries, the Secretary of Defense, and the Director of National Intelligence. Mr. Dunlap served on the corporate Executive Leadership Team of the Laboratory. At the request of Congress, he also testified before the full House Armed Services Committee.
Before joining the Laboratory in 2014, Mr. Dunlap was a career member of the Senior Executive Service and served four Secretaries of Defense. He held the roles of Director of Program Analysis, Chief of Staff to the Senate-confirmed Director of Cost Assessment and Program Evaluation, Senior Analyst for Intelligence, Surveillance, and Reconnaissance (ISR) and Space Programs, and Deputy Director of the Simulation and Analysis Center. He shaped the Department of Defense five-year multi-billion dollar budget plans as well as associated Intelligence Community and National Nuclear Security Administration plans.

Mr. Dunlap led the Long Range Strike Front End Assessment and started the B-21 bomber program as well as future weapons, hypersonics, intelligence, electronic warfare, and communications capabilities for Secretary Gates and Secretary Panetta. He served in a lead role of the Strategic Choices and Management Review for Secretary Hagel where he identified options and risks required to meet the Budget Control Act that would reduce the budget by over $50 billion per year. He also participated in the 2006, 2010, and 2014 Quadrennial Defense Reviews.

Prior to government, Mr. Dunlap held various roles in the private sector as an early member of a rapidly growing technology startup company as well as an agile software development firm.

He earned a Master of Science degree with honors in Operations Research and Management Science from George Mason University and a Bachelor of Arts degree in both Computer Science and Political Science from Duke University. Mr. Dunlap is Lean Six Sigma certified and is a graduate of the Harvard University National Security Senior Executive program and the Federal Executive Institute and served on the Board of the Massachusetts Institute of Technology Seminar XXI program. Mr. Dunlap’s awards include the Secretary of Defense Medal for Meritorious Civilian Service and multiple citations of both the Secretary of Defense Medal for Exceptional Civilian Service and Secretary of Defense Award for Excellence.