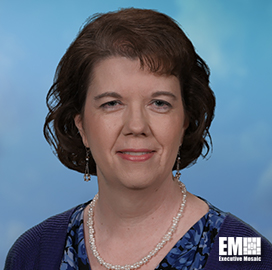 Dr. Renee A. McPherson is Associate Professor of Geography and Environmental Sustainability at the University of Oklahoma and University Director of the South Central Climate Adaptation Science Center. She also is an Adjunct Associate Professor of Meteorology at OU. Dr. McPherson holds a B.S. in Mathematics and a B.S, M.S., and Ph.D. in Meteorology. Her research includes the societal and ecological impacts of climate variability and change, regional and applied climatology, mesoscale meteorology, severe local storms, land-air-vegetation interactions, surface observing systems, and applied meteorology. She teaches classes in climatology and physical geography, advises graduate students in their research and education, and mentors undergraduate students who are interested in research opportunities. Formerly, she was State Climatologist of Oklahoma and Acting Director of the Oklahoma Climatological Survey.
Dr. McPherson oversees the Consortium-related activities of the South Central Climate Science Center, as a co-governing partner of the U.S. Geological Survey (USGS). Activities include coordination with USGS Headquarters, our USGS Director, our Consortium (Chickasaw Nation, Choctaw Nation of Oklahoma, Louisiana State University, Oklahoma State University, Texas Tech University, and University of New Mexico), and the seven other Climate Science Centers. She has been principal or co- investigator on over $45 million of grants and contracts from federal and state agencies, universities, private companies, or non-governmental organizations.
She was co-recipient of the Innovations in American Government Award (Harvard University) and Environmental Achievement Award (U.S. Department of the Interior), and she received the Vice President for Research Norman Campus Outstanding Research Engagement Award. In January 2019, she received the Charles E. Anderson Award from the American Meteorological Society for her “extraordinary, sustained efforts to broaden participation of traditionally underrepresented individuals in STEM research and education, particularly women and Native Americans.”
Dr. McPherson is a member of Phi Beta Kappa, the American Meteorological Society, American Geophysical Union, Association of American Geographers, American Association of State Climatologists, and Society of Environmental Journalists.