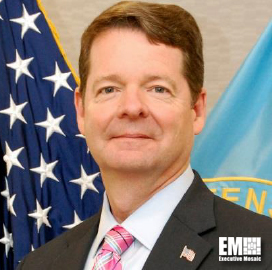 Richard T. Naylor, a Defense Intelligence Senior Level, is the Senior Cyber Advisor to the Director, Defense Counterintelligence and Security Agency, and Deputy Director for Counterintelligence including Cyber Operations. Mr. Naylor is responsible for executing DCSA’s Cyber operations. He joined the DCSA in 2011 as the Chief, Cybersecurity Division.

DCSA is a strategic asset to the Nation and its allies – continuously ensuring a trusted federal, industrial and affiliated workforce, and enabling industry’s delivery of uncompromised capabilities by leveraging advanced technologies and innovation. The agency uniquely blends critical technology protection, trusted personnel vetting, counterintelligence, and professional education and certification to advance and preserve America's strategic edge.

Mr. Naylor is the recipient of the 2015 Symantec-Government Cyber Award (Federal – Defense/ Intelligence). He also led DCSA's cyber team to DoD’s 2017 and 2013 Counterintelligence Team of the Year awards and the Agency’s 2016 Excellence in Innovation award.

Prior to joining DCSA, he was as the Deputy Director, Communications, Computers, Architectures and Chief Information Officer, U.S. Cyber Command.

A retired Air Force colonel, Mr. Naylor had a distinguished military career and served in a variety of organizations, to include: U.S. Space Command, Air Force Office of Special Investigations, and U.S. Special Operations Command.

Mr. Naylor was twice selected to command, and served as the 2nd Air Force vice commander. He is the recipient of numerous military decorations, including the Defense Superior Service Medal and the Legion of Merit. Mr. Naylor received a bachelor’s degree from University of Tennessee in Computer Science, a master’s degree from Troy State University in Human Resources Management and a master’s degree from University of Colorado in Computer Science. He is a graduate of Harvard’s senior executive program, Carnegie-Mellon University’s National Association of Corporate Director’s Cyber Risk Oversight program, and Massachusetts Institute of Technology’s Artificial Intelligence for Business program.