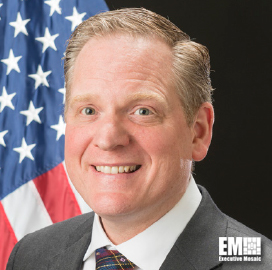 Dr. Robb Wilcox is currently the DEVCOM SC’s S&T Lead for Human Systems Performance (A). In this role, he contributes to the important Soldier Center efforts in Human Systems Performance by shaping the strategy, research activities and relationships across a breadth of RDT&E efforts in this vital research area. He was previously the Director of the Soldier Performance Optimization Directorate at the DEVCOM SC and was responsible for approximately 120 soldier performance team leaders, scientists, engineers and specialists developing new capabilities through research and development to improve soldier performance. His expertise covers a breadth of science and engineering of soldier systems, covering the fields of human science and engineering, materials science and engineering, sensors, cyber security, counter-IED, autonomy, C4I, and advanced electronics.

Prior to this assignment, Dr. Wilcox was the Chief Scientist of the U.S. Army Research Development and Engineering Command (RDECOM) – Atlantic (RDECOM-ATL). In this role he served as the principal RDECOM-ATL technical expert in the UK, Europe, the Middle East, the Former Soviet Republics as well as Africa for AMC. He advised RDECOM on international S&T opportunities relevant to US Army research interests and leveraged international S&T into US programs.

Prior to his appointment in 2012 as Chief Scientist, RDECOM-ATL, Dr. Wilcox was Associate Director at the Office of Naval Research Global (ONRG) where he was responsible for discovering and fostering S&T partnerships with international researchers, industry, and government organizations with members of the U.S. Naval Research Enterprise. His areas of expertise included many domains of basic and applied S&T to support Expeditionary and Irregular warfare s of the US Marine Corps.

Prior to becoming Associate Director at ONRG, Dr. Wilcox was the lead Science Advisor to the Chief of Naval Operations Strategic Studies Group, where he was leading revolutionary warfighting concept development with a 30- year futurist perspective.

While an Officer in the U.S. Coast Guard, Dr. Wilcox served as Assistant Engineering Officer and Damage Control Assistant on the USCGC Decisive prior to several engineering tours in Marine Safety of the Coast Guard. After 10 years of service, Dr. Wilcox joined The Johns Hopkins University Applied Physics Laboratory (JHU/APL) where he applied engineering, scientific knowledge and military operational experience to R&D projects in defense, space, and homeland security domains. Dr. Wilcox is a risk and reliability modeling expert contributing to system safety security and performance optimization with many applications including the spacecraft design for JHU/APL’s mission to Pluto and performance assessment of safety systems. He also contributed to risk studies for Homeland Security and was a principle contributor supporting the American Society of Mechanical Engineers Risk Process Development for Homeland Security. Dr. Wilcox also served as supervisor and supported establishment of the first Human Systems Integration Section at JHU/APL. While at JHU/ APL, he also served as an instructor for the Johns Hopkins Whiting School of Engineering.