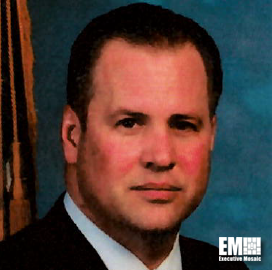 Prior to his current appointment, Mr. Young served as the Special Agent in Charge of the Counterterrorism Division of the Los Angeles Field Office. In this position, he led the FBI's second largest Joint Terrorism Task Force, which is responsible for all international and domestic terrorism investigations in the Los Angeles region, surrounding counties, and the extraterritorial region of Southeast Asia.

Mr. Young joined the FBI in 2001 and was assigned to the Miami Field Office, where he worked counterintelligence matters. After 9/11, Mr. Young served for a period as the administrative case agent for Operation Enduring Freedom in Guantanamo Bay, Cuba.

In 2007, Mr. Young was promoted to supervisory special agent over the Cuban Counterintelligence Squad. In this capacity, Mr. Young supervised several high-priority investigations to include espionage and counter-proliferation matters. In 2010, Mr. Young was the recipient of the FBI Director's Award for Outstanding Counterintelligence Investigation. This award was the result of the arrest and conviction of Walter Kendall Myers and his wife, Gwendolyn, who had provided Top Secret information to the Government of Cuba over a 30-year period while Myers was assigned to the United States Department of State.

In 2012, Mr. Young was promoted to Unit Chief in the Resources Planning Office, where he was the Chief of Internal Policy for the FBI. In 2014, Mr. Young was asked to establish the Syria-Iraq Task Force within the FBI's Counterterrorism Division. In this assignment, Mr. Young was the FBI lead for the President's Counter ISIL Strategy, and responsible for a 72-person interagency task force, in what was considered the highest terrorist threat period since 9/11.

In June 2015, Mr. Young was selected as the Assistant Special Agent in Charge of the Dallas Field Office for the Intelligence and Administrative Branches. Mr. Young was responsible for all intelligence matters and personnel, human resources, evidence, fleet management, procurement, facilities, and the foreign language program.

Mr. Young holds a Bachelor's of Science degree in Criminal Justice from Western Oregon State University and a Master's degree in Criminal Administration and Counseling from Western Oregon State University. Mr. Young began his professional career as an officer in the United States Air Force. He served for more than five years and participated in deployments to the Kingdom of Saudi Arabia after the terrorist bombings in Khobar Towers.