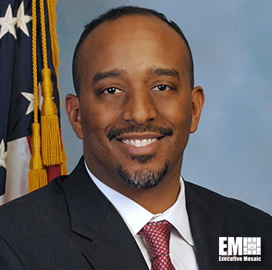 Samuel Robinson currently serves as the National Vetting Center (NVC) Deputy Director assigned by the Department of Justice (DOJ). In his role, Mr. Robinson represents and directs DOJ equities in coordination with the NVC’s efforts to expand and improve the National Vetting Enterprise and provides policy-level guidance regarding NVC activities, resources, and mission development.