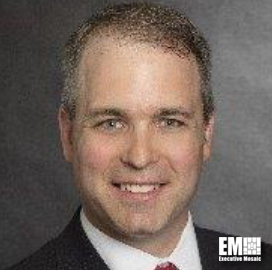 Scott Sloan became the Managing Director for Armed Forces Growth & Strategy at Accenture Federal Services in October 2019. Scott oversees all aspects of growth operations, including business development, capture management, proposal
development and delivery, and resource management. Under his leadership, AFS is looking to expand its presence throughout all branches of the Armed Forces, focusing on digital transformation and cloud enablement.
Prior to joining Accenture, Scott served as Vice President, Naval Solutions Growth, at General Dynamics Information Technology and CSRA, where his teams experienced industry-leading growth by partnering with clients on their journey to next generation technologies. He has also contributed in the public sector while at the United States Nuclear Regulatory Commission. Focusing on public policy development and
implementation, Scott led a number of activities with the NRC, including commercial nuclear power plant inspection, rulemaking, and Fitness for Duty policy development, culminating with his leadership of the Reactor Operator Licensing Program. Scott was deeply involved with the NRC’s response to the nuclear incident at the Fukushima Daiichi Nuclear Power Plant in Japan. Coordinating with other US Government agencies and the Government of Japan, Scott was responsible for overseeing the design, sourcing, procurement, and delivery of a large-scale emergency reactor fill system that mitigated the off-site impacts due to the damage at the crippled facility. Prior to the NRC, Scott was a program manager with Northrop Grumman Corporation.
A native of Greenville, South Carolina, Scott graduated with merit from the United States Naval Academy, with a Bachelor of Science in Systems Engineering. Following the completion of nuclear power training in Charleston, South Carolina, Scott reported aboard USS HAMPTON (SSN 767), a fast attack submarine homeported in Norfolk, Virginia. During his time on board, HAMPTON deployed overseas twice in support of missions vital to national security and completed a complex shipyard overhaul. Ashore, Scott served with the Defense Liaison Division within the Office of the Chief of Naval Operations, leading highly complex research and development projects related to advanced energy systems. Scott continues his service as a Commander in the Navy Reserve, currently assigned to the Office of the Chief of Naval Operations, where he supports the Director of Navy Staff at the Pentagon. Prior to his current assignment, Scott served as the Crisis Action Team Chief for Commander, Navy Installations Command, overseeing 24/7 emergency response operations in support of Hurricane Harvey, Hurricane Matthew, southwest wildfires, the collisions of the USS FITZGERALD (DDG 62) and USS JOHN S MCCAIN (DDG 36), along with numerous other exercises and real-world events.