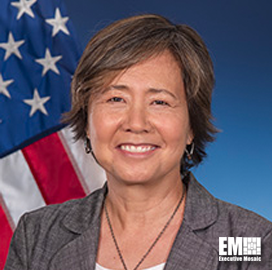 Dr. Stefanie Tompkins is the director of the Defense Advanced Research Projects Agency (DARPA). Prior to this assignment, she was the vice president for research and technology transfer at Colorado School of Mines.

Tompkins has spent much of her professional life leading scientists and engineers in developing new technology capabilities. She began her industry career as a senior scientist and later assistant vice-president and line manager at Science Applications International Corporation, where she spent 10 years conducting and managing research projects in planetary mapping, geology, and imaging spectroscopy. As a program manager in DARPA’s Strategic Technology Office, she created and managed programs in ubiquitous GPS-free navigation as well as in optical component manufacturing. Tompkins has also served as the deputy director of DARPA’s Strategic Technology Office, director of DARPA’s Defense Sciences Office – the agency’s most exploratory office in identifying and accelerating breakthrough technologies for national security – as well as the acting DARPA deputy director.

Tompkins received a Bachelor of Arts degree in geology and geophysics from Princeton University and Master of Science and Doctor of Philosophy degrees in geology from Brown University. She has also served as a military intelligence officer in the U.S. Army.