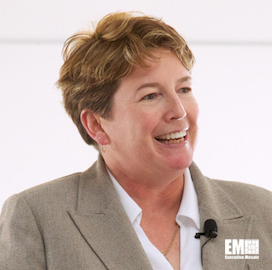 Susie Adams is the Chief Technology Officer for Microsoft’s Federal Government business and brings with her over 30 years of IT experience. Susie joined Microsoft in 1999 and has held several leadership positions in Microsoft including the Director of the Microsoft Reston Virginia Technology Center and most recently the CTO of the Federal Civilian Business. Prior to joining Microsoft, she spent 16 years in the consulting arena working with customers in both the commercial and government sectors. She held a variety of management and leadership roles including practice manager, systems analyst and software developer. Susie was named as a Fed100 award winner in 2011 and has authored several books on the topics of software integration and web development. Susie is a graduate of George Mason University where she received a BS in Information Systems.