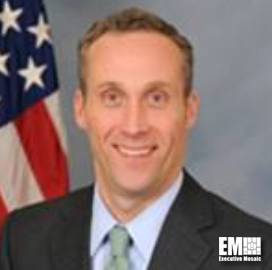 Dr. Maul was appointed as the Director for Analysis (DI) in May 2021. In this role, he leads DIA's all-source analytic effort across the regional, functional, and S&TI portfolios, producing national Defense Intelligence in support of the National Security Strategy, policymakers, warfighters, and defense acquisition executives. As the DI, he also serves as the Functional Manager for all-source analysis for the Defense Intelligence Enterprise, which includes DIA, the Military Services, and the Combatant Command J2s. Dr. Maul is also hatted as the Analysis Career Field (ACF) Manager, responsible for overseeing the career development and management of all DIA intelligence analysts.

Prior to his duties at the DI, Dr. Maul was the Deputy Director for Analysis (DDI), where he was responsible for the resource management of the Directorate and wider Defense Intelligence Enterprise. He also served as Director, Middle East/Africa Regional Center (MARC), where he led the largest DIA mission center on a full spectrum of Defense Intelligence capabilities (analysis, human intelligence, collection management, counterintelligence, and science and technology). Additionally, Dr. Maul was the Deputy Director for Intelligence, Joint Staff, where he was responsible for all aspects of the management and execution of the Joint Staff's intelligence support to the Chairman of the Joint Chiefs of Staff and leadership team.

Dr. Maul previously served as an intelligence officer in the United States Navy, having performed military capabilities analysis, counternarcotics and counterterrorism analysis, collections management, and HUMINT targeting (including Defense Attaché training) during his service. Additionally, Dr. Maul's professional experience includes working on military issues in national and international legislative arenas, as well as in academia, having been an adjunct faculty member of the National Intelligence University.

Dr. Maul received his Ph.D. from the London School of Economics and Political Science; his M.A. from King's College, University of London; and his B.A. with highest distinction and departmental honors from the University of Kansas.

Dr. Maul resides in Washington, D.C. with his wife, Genevieve, and their son, Alistair.