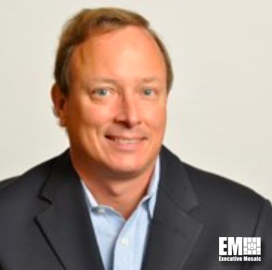 Ty Schieber currently serves as a Senior Director, Executive Education for the University of Virginia, Darden School Foundation. He brings to the CMMC AB Chairman role over 32 years of leading people, developing teams, and delivering results in both the public and private sectors during varied roles as a solutions engineer, business & community leader, elected local government official, and Marine Corps officer.

He has led business operations for a range of large, mid-tier, small, and start-up companies providing cyber, engineering and technology services & products for Federal, State, Local government and commercial clients, involving P&L responsibility of $185,000,000 in revenue, 1000 employees, and 250 programs dispersed over 38 states and 5 countries. During his business career, he has led two companies to acquisition, successfully integrated several acquired companies into business operations, and founded his own company.

After graduating from the Naval Academy in 1987 with a B.S. in Political Science, he selected service with the United States Marine Corps. From 1987-1992 he served as an Aviation Command and Control Officer in a wide range of assignments, including deployment to the Southwest Asia Theater of operations during Operation Desert Shield/Desert Storm. From 1992-1994, he was assigned to the Naval Postgraduate School (NPS), where he completed two masters’ degrees (Master of Science in Systems Technology (Joint Command, Control, and Communications) and Master of Science in National Security Affairs (Scientific and Technical Intelligence)).

Upon graduation from NPS he reported to Marine Corps Systems Command, Quantico, VA, where he served four years as Program Manager responsible for design, development, test, production and fielding a major USMC C4I system. He led the efforts of a diverse team of government engineering agencies, laboratories, and multiple defense contractors in the acquisition process, encompassing all aspects of systems engineering, software development, training and lifecycle support.

Ty left active duty in February of 1998 and joined the defense and technology industry. In 2013, he founded Clarity Enterprise Solutions, LLC a small consultancy specializing in solutions engineering, organizational/business development, and marketing & communications.

He was born in Midland, Michigan. He and his wife Liz live in Charlottesville, VA and have three children.