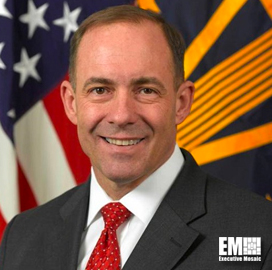 Prior to his current role, Mr. Lietzau served as the Director of the Personnel Vetting Transformation Office where he managed the transfer of the National Background Investigations Bureau (NBIB) to the nascent Defense Counterintelligence and Security Agency (DCSA), and initiated and led associated transformational efforts.
Before returning to government, Mr. Lietzau was Vice President at a large government services contractor where he initially served as Deputy General Counsel overseeing security, contracting, international trade and compliance. He later became general manager of an international business unit providing counter-terrorism and law enforcement training and mentoring in over 35 countries as well as related O&M, minor construction, and security services.
Mr. Lietzau served over three years as Deputy Assistant Secretary of Defense for Rule of Law and Detainee Policy and on several U.S. delegations negotiating multilateral treaties. A retired Marine Corps Colonel, he served 27 years as an infantry officer and then judge advocate, commanding at the company, battalion, and installation levels. An expert in international law, he also served as a prosecutor, defense counsel and judge and provided legal advice at a combatant command, the Joint Staff, the Office of the Secretary of Defense, and the National Security Council.

He earned his Bachelor of Science from the United States Naval Academy and his Juris Doctorate from Yale Law School. He also holds an LL.M. from the U.S. Army Judge Advocate General’s School, and an M.S. in National Security Studies from the National War College