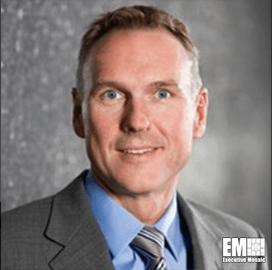 Steve Cowley is the chief revenue officer at computer hardware company IBM. He has been with the company since 1995.

As chief revenue officer, Cowley oversees the company’s revenue growth and the performance of all revenue-related functions, including marketing, sales and customer growth. He also ensures that IBM brings innovation and value to clients and drive hybrid cloud and artificial intelligence revenue growth, according to his LinkedIn profile.

He was the general manager of IBM Cloud and IBM Software prior to his current role. He held that position for over five years and was based in New York at the time.

He also held other GM roles in the past. He was the GM of worldwide sales for IBM software and was the GM of IBM Watson, an AI-based computer system that helps organizations predict future outcomes and optimize employee production.

Cowley took on vice president roles at the hardware company from 1995 to 2008. He was the VP of global postal and logistics solutions, VP of IBM Software Group in Europe and VP of worldwide sales for IBM WebSphere.

IBM offers hybrid cloud, artificial intelligence, automation, cybersecurity and data and analytics products and services to various clients, including those in the government, health care, defense and aerospace sectors. It is headquartered in Armonk, New York, and has multiple offices within and outside the U.S.

Posted on February 3, 2022 by Lawrence Carter