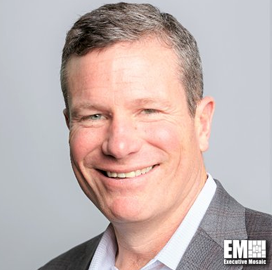 Steve Harris, SVP and GM at Federal at Dell Technologies

Steve Harris serves as the senior vice president and general manager for federal at Dell Technologies, formerly Dell EMC Federal. He is in charge of the federal system integrators as well as the 3,000 channel partners and sales force.

Harris, a Potomac Officers Club member and a Wash100 winner for five straight years, gained experience from working with government agencies, which he uses to lead the company in managing public sector clientele and channel partners, the company said.

His team specializes in the digital and security transformation of government clients using Dell’s end-to-end range of technology products and services. He also leads in maintaining a constant customer relationship with public and military organizations to ensure adequate delivery of the company’s information technology portfolio.

Harris supports federal customers in implementing IT modernization programs, improving cybersecurity measures and assisting in the shift to cloud-based platforms. His efforts are also focused on pushing agencies to adopt emerging technologies including artificial intelligence, the internet of things and software applications-based network infrastructure.

Previously, he served as area vice president for Dell’s state and local government and education unit for five years until 2014. In the said role, he oversaw the business’ long- and short-term strategies, customer support and service, marketing and sales, and partner relations and alliances. Customers include federal and state agencies, counties and municipalities, major private and state universities, and primary K-12 zones.

Harris has more than 16 years of sales experience at Dell, serving in various positions with increasing responsibilities, from a sales representative, account executive, regional sales manager to a manager for Dell’s advanced systems group. He moved into a senior management role in 2006 when he became an executive leader at Dell’s public business group.

He received his bachelor’s degree in management science from the State University of New York at Geneseo.