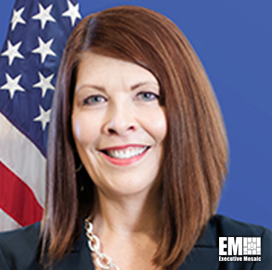 She has implemented multiple initiatives at the ATO, including the Next Generation Air Transportation System, a multi-year infrastructure and technology modernization project. She also enhanced the ATO’s focus on risk management, training, labor relations and partnerships with the aviation industry, the FAA said.

Bristol has been with the FAA for three decades and has been the COO since 2014. Prior to her current leadership role, she served as the deputy COO from 2012 to 2013. She also oversaw maintenance, monitoring and engineering of the National Airspace System.

The FAA veteran served as chairwoman of the Civil Air Navigation Services Organisation Executive Committee from 2017 to 2019. She is the current chairwoman of Latin America and the Caribbean of the CANSO CEO Committee.

Bristol holds a bachelor’s degree in marketing and transportation from the Univerity of Maryland.

The Air Traffic Organization provides air navigation to aviators operating in airspace that covers the U.S. and large portions of the Atlantic and Pacific Oceans. The ATO also oversees air traffic in the Gulf of Mexico.