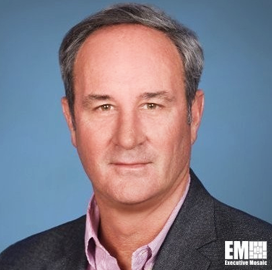 Terry Ryan is the newly appointed chief executive officer of Constellis, a Virginia-based company providing base operations support, mine action and investigative and security services.

A seasoned executive in the federal technical services market, Ryan took over as CEO after his tenure as Constellis’ lead director, according to his company profile.

Throughout his career, he has been appointed to various leadership positions in both the private sector and the federal government.

His career in the federal government includes advising past directors of the CIA and Defense Advanced Research Projects Agency on advanced technology issues.

He also served as the deputy director of the now-defunct Defense Airborne Reconnaissance Office and worked under the Office of the Secretary of Defense as the director of intelligence, surveillance and reconnaissance systems.

In addition, Ryan is a former professional staff member on the Senate and House intelligence oversight committees and a retired Marine Corps officer.

His leadership has been recognized in the past by Executive Mosaic. In 2014, he was inducted into the Wash100, joining other exemplary leaders who create value for the American public.

Ryan is a graduate of the Ohio State University and National Intelligence University.