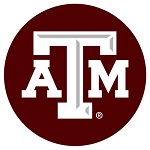 The Agricultural and Mechanical College of Texas system has approved funding for the creation of a new hypersonic weapons test center for the Army Futures Command.

Texas A&M's board of regents allowed the university to spend $79.3M for the construction of the Bush Combat Development Center. The state of Texas approved $50M while the Army will contribute $65M.

"Texas A&M and the RELLIS campus will become a nexus for collaboration and high-tech testing in service to our nation’s security,” said Elaine Mendoza, board chairman of Texas A&M.

RELLIS, where the work will be performed, is a university research campus located some distance outside Austin, Texas.

The plan is to build a large enclosed tube for hypersonic weapon testing, as well as a testing ground for air and land combat vehicles, Defense News reported Thursday.

According to a previous report by Defense News, a university authority said the planned complex will include a long tunnel that will propel Texas A&M's engineering division as "the hypersonics research capital of the country."

Hypersonics are an emerging breed of weapons the Department of Defense is developing to enhance the speed maneuverability of missiles.

The weapon type can reportedly reach more than quintuple the speed of sound and are fast enough to defeat the tracking capabilities of current missile defense systems.

DOD's project is a multi-agency effort that involves the Navy, Army, Missile Defense Agency, and others, according to a past Pentagon press release.

In March, the DOD announced the successful test of a common hypersonic glide body in a flight experiment performed at the Pacific Missile Range Facility in Kauai, Hawaii.