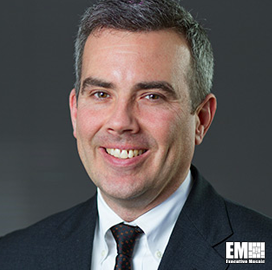 Thomas Naughton is the president of Maximus’ U.S. Federal Citizen Services business, working out of Reston, Virginia. He has extensive experience in health care reimbursement, Medicare and Medicaid concerns, workers’ compensation, state health care law, quality oversight, peer review, and all forms of benefits disputes and dispute resolution programs, according to a biography posted on the Maximus website.

Naughton is a health care sector subject matter expert, having lent his expertise in an independent medical review and in developing a provider payment dispute resolution program for the California Workers’ Compensation system. Because of his expertise, the Senate Finance Committee summoned him to testify in a hearing on Medicare appeal reform.

Naughton has spent his entire professional career working at Maximus, a Virginia-based firm that provides government administration services across the globe. He began his services to the company in 1998 and worked his way up to his current leadership position.