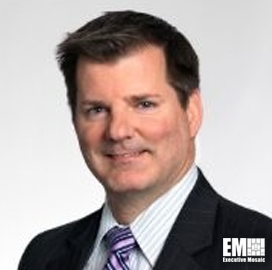 Tim Deaver serves as Airbus' director of space programs within the company's defense and space division.

Before he joined Airbus in March 2018, he spent 10 years working at SES, where held various executive and directorial roles.

Deaver served in the Air Force for nearly 22 years before leaving the service as the deputy chief of its space control architecture division. He is credited with developing long-term architectures for the Department of Defense's space control mission area.