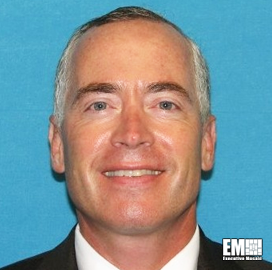 Tim Gillespie serves as president of G-Force, a firm located in Herndon, Virginia, that provides growth strategy and execution for the aerospace and defense sectors. Gillespie previously served as vice president of advanced programs at Jacobs, according to his LinkedIn profile.

The executive, a 28-year industry veteran, worked in various leadership roles at Maxar Technologies and wholly-owned subsidiary SSL from 2017 to 2020. His work focused primarily on government systems and national programs.

Before joining SSL, Gillespie spent four years at Engility in successive roles handling business development and federal programs relating to national security. As VP of transformational programs, he led the company’s identification, prioritization and capture of programs worth over $500 million from federal civilian and Department of Defense customers.

For 20 years, Gillespie occupied managerial roles at Lockheed Martin, leading strategic planning, business development and capture for its launch and space systems segments. He previously held the position of project engineer for military airplane advanced systems at Boeing, where he led the development and testing of advanced flight structures for strategic and tactical aircraft.

Gillespie is a graduate of University of Nebraska-Lincoln, where he earned a degree in mechanical engineering.