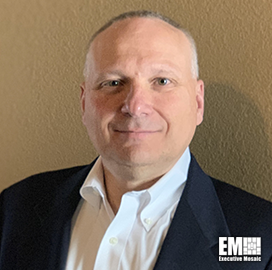 Tom Jackson is the president of Sarcos Defense, a subsidiary of Sarcos Robotics.

Jackson assumed his current position in March 2019. He is at the forefront of the company’s strategic efforts and leads business development and program execution for robotics and unmanned aircraft systems/counter-UAS customers, according to his LinkedIn profile.

In his first year at Aeryon Defense, he was appointed as vice president of global defense and government sales. He played a key role in driving sales growth and establishing the company’s U.S. subsidiary.

Earlier in his career, he worked for Sierra Nevada Corporation.

Before entering the private sector, he served for the U.S. Marine Corps for nearly 25 years. During that time, he was assigned to several roles, including AH-1W attack helicopter pilot, combat qualification flight instructor and aviation maintenance officer.

Jackson was commissioned as an officer in the Marine Corps after graduating from The Citadel, a military college in Charleston, South Carolina.