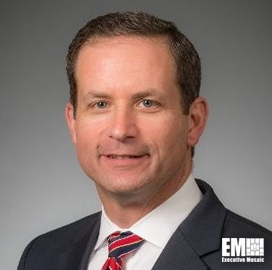 VP of land warfare and

Laliberty is responsible for a team that provides integrated air and missile defense, precision long-range and combat weapon capabilities to customers such as the U.S. Army and Marine Corps, according to his LinkedIn profile.

His career with Raytheon dates back to 1987, decades before its merger with United Technologies.

Starting out as a software engineer, Laliberty climbed the ranks and was promoted to several positions of leadership, including principal engineer and contract research and development manager, senior manager for engineering process support and program area director for integrated combat systems.

He first moved up as VP in 2013, tasked to lead the company’s missile defense radar programs. For three years, he was in charge of a portfolio consisting of the AN/TPY-2 radar system, the Sea Based X-Band radar system and the Ground Based Radar Prototype.

He is also Raytheon’s former VP of business development and strategy. In that role, he formulated U.S. and international capability focused strategies to improve customer relationships with senior military and government leaders.

Laliberty holds a bachelor’s and a master’s degree in computer science from the University of Massachusetts Amherst and the Rensselaer Polytechnic Institute, respectively.