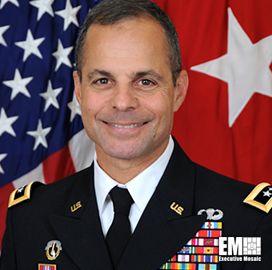 Rebellion said it uses artificial intelligence and machine learning techniques to build software for the U.S. national defense community and its international allies.

Ierardi joined Rebellion in August 2019 to play a leadership role in strategic partner engagement. He served in a diverse set of Army and joint unit assignments throughout his 37-year military career, Rebellion said.

He commanded the First Cavalry Division at Fort Hood in Texas. Ierardi was also deployed in support of Operation Enduring Freedom as deputy commander for programs for Combined Security Transition Command-Afghanistan.

His military stint culminated in his assignment as the Joint Staff’s J-8 director, tasked with overseeing analytic assessments for the Joint Chiefs of Staff. In the said role, he was also responsible for matters related to current and future requirements for forces, capabilities, budgets and resources for the joint force.