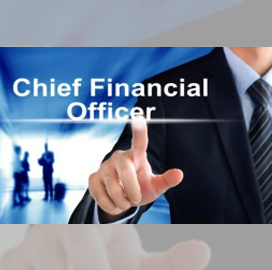 Geopolitics and regulatory obligations have been identified as key challenges to companies' financial risk and compliance. The responsibility to steer an organization through such factors falls on the chief financial officer.

CFOs are taking on more operational duties in 2020 in the face of a looming recession. To address issues such as corporate fraud and expense mismanagement, CFOs are expected to more widely leverage artificial intelligence and automation tools.

Troy Edgar serves as the Department of Homeland Security's chief financial officer, a position to which the Senate confirmed him on May 12.

He is responsible for managing and ensuring the integrity of the department's $90B budget in support of about 240K employees, DHS said.

As CFO, he leverages over 30 years of business and executive experience serving companies in the sectors for aerospace, defense, automotive, consumer and industrial products, construction, entertainment, high technology, software and telecommunications.

Edgar joined the agency in January to serve as the associate deputy undersecretary for management, according to his LinkedIn profile.

He was responsible for ensuring that DHS employees have well-defined roles and that managers have an efficient way of communicating with their team members.

Before he joined DHS, Edgar founded and served as the CEO of Global Conductor, a privately held management consulting firm based in Orange County, California.

He spent 11 years serving the Casa Youth Shelter as a member of its board of directors and as its treasurer.

Edgar also held board roles at OCSD and Orangeline High-Speed Rail Authority. His other former roles include principal consultant at PriceWaterhouseCoopers and business operations leader for military transport programs at Boeing.

He earned a master's degree in information and operations management and a bachelor's degree in business administration from the University of Southern Carolina's Marshall School of Business.

Previously, he also served as the vice president of finance of Lockheed Martin’s rotary and mission systems and space segments for over five-and-a-half years and 10 months, respectively.

Possenriede attended Rutgers University, where he earned his bachelor’s degree in economics. He also obtained a master of business administration degree from the University of Michigan.

James Reagan, a member of the Potomac Officers Club, serves as the executive vice president and chief financial officer of Leidos, a role he assumed in July 2015.

For five years now, Reagan has been responsible for all of the company’s financial activities, including accounting and financial reporting, treasury, tax, planning and analysis, and investor relations.

With more than three decades of industry experience, Reagan has gained expertise in handling the finances of large, publicly held companies, Leidos said.

Reagan’s work for Leidos, particularly his involvement in the company’s acquisition of federal contracts, merited him a 2020 Wash100 Award, marking his fifth consecutive Wash100 award. In 2019, he was recognized for driving business growth at Leidos through his financial expertise.

He transitioned to Leidos in 2015 after serving as senior vice president and CFO of Vencore, an information solutions, engineering and analysis service provider catering to the U.S. intelligence community, the Department of Defense and federal and civilian agencies.

Malave is also in charge of investor relations and plays a key role in developing L3Harris' strategic growth plan and merger-and-acquisition integration, according to his LinkedIn profile.

Malave joined UTC in 1997 and held financial roles of increasing responsibility. In 2011, he led the financial function integration of Hamilton Sundstrand and UTC's acquisition of Goodrich.

UTC named him head of investor relations in 2012. In the said role, he helped UTC business units effectively communicate their outlook and performance to investors.

The corporation later appointed him as CFO of UTC Aerospace Systems, a role he held until he joined Carrier in 2018.

He began his professional career as a compliance analyst at the Department of Labor, a role he held for over five years.

Sawchak, a member of the Potomac Officers Club, fulfills his duties as CFO while concurrently serving as the company’s corporate secretary, Novetta said.

In his 25 year-career, Sawchak managed the finances and the execution and integration of acquisitions for public and private equity-backed companies.

Prior to joining Novetta, he was the executive vice president and CFO of defense and space company Shafer, where he managed all aspects of the company’s finance, accounting, contract administration, compliance, human resources and recruiting.