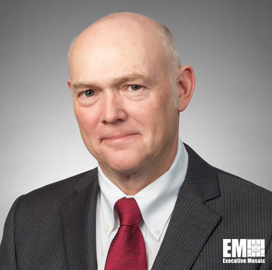 Tory Bruno has been the president and chief executive officer of United Launch Alliance for more than six years.

As head of the space launch company, he drives the strategic direction of the organization and oversees all business management and operations.

Before joining ULA in 2014, Bruno, a past Wash100 winner, worked for Lockheed Martin as the vice president and general manager of its strategic and missile defense systems business, according to his company profile.

During his stint with the business unit, he led efforts supporting customers across the Department of Defense enterprise, as well as the U.K. Royal Navy and Ministry of Defence.

While at Lockheed Martin, he also held engineering positions involving design and analysis for control systems of rockets and hypersonic reentry vehicles.

In addition, Bruno managed a joint venture established by Lockheed Martin that operated under the name Atomic Weapons Establishment. Founded in 1950, AWE specializes in producing and maintaining the U.K.’s nuclear weapons.

Concurrently, he is a member of the National Space Council Users’ advisory group.