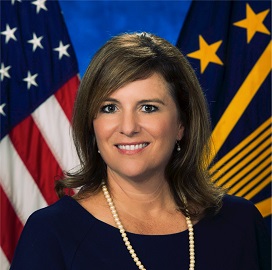 Powers will continue serving in her role as chief of staff, VA said in a press release. Trump would need the Senate's blessing if he wants to nominate Powers as the permanent deputy secretary.

Powers brings into her new role over three decades of executive-level experience in the Air Force and Department of Defense, VA said. She would be lawfully responsible for overseeing the department's spending on its $16B EHR project, which was partially paused due to the coronavirus pandemic.