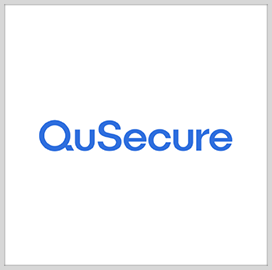 The QuProtect system also protects data 24/7 without causing bandwidth or latency issues. Data cannot be decrypted unless users have QuProtect, and even adversaries with quantum computers will not be able to compromise data being protected by the system, QuSecure said Tuesday.

The company gained the opportunity to support the U.S. government by winning the Small Business Innovation Research Phase III Federal Government procurement contract for PQC solutions. Pete Ford, the head of federal operations at QuSecure, said the contract award means that for the first time, the government has an on-site, post-quantum communications channel.

The deployment of QuProtect is operated over an open internet network. According to Ford, QuSecure has proven its ability to protect all forms of data on existing systems without slowing down devices.

QuSecure offers solutions that protect enterprise and government data from traditional and quantum-based cybersecurity threats. It serves clients in the finance, health care, space, IT and defense sectors.

The company is headquartered in San Mateo, California.