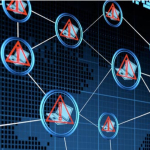 The Cyber Command and National Guard have established a portal for sharing and reporting ransomware and other cyber threats.

“This level of cooperation and feedback provides local, state and Department of Defense partners with a holistic view of threats occurring in the United States and abroad,” said Army Brig. Gen. William Hartman, head of the USCYBERCOM's Election Security Group.

The insights gained by National Guard units will be shared with state and county governments to help them respond to similar incidents, USCYBERCOM said in its press release.

USCYBERCOM said the Cyber 9-Line works similarly to the system military medics use to quickly and accurately report combat injuries in the field.

Most states and territories either have Cyber 9-Line training planned or are establishing accounts, with 12 states having completed the registration process.

Registered jurisdictions will have access to the Pentagon's cyber resources to protect against foreign adversaries and strengthen the nation's networks.

The Cyber 9-Line project is among the first products of the Joint Cyber Command and Control program office's information exchange program created in 2019.

"The Cyber 9-Line is still in its infancy, but after standing up this program a few months ago, we have already seen an impact. Ultimately, the goal is to provide mutual support to each other,” said Air Force Lt. Col. Jeff Pacini, CNMF future operations deputy chief.

In recent years, lawmakers and Pentagon leaders mulled the DOD's role in upholding homeland security and projecting U.S. presence in cyberspace, according to a past Fifth Domain report.