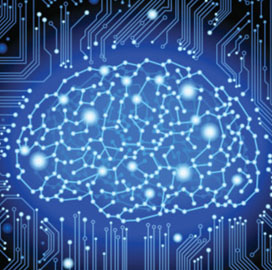 USNORTHCOM Chief Wants AI at the Forefront of Decision-Making Loop

Gen. Terrence O’Shaughnessy, commander of U.S. Northern Command and the North American Aerospace Defense Command, wants to automate detection systems and move humans further out in the decision-making loop. Speaking at a Senate Armed Services Committee hearing, the official said humans being "on the loop" would still give humans oversight of an automated system, but the artificial intelligence would jump right into action. He explained that having this setup will meet the challenge of faster, more powerful weapons, FedScopp reported. In his opening statement, O’Shaughnessy said that "Stovepiped transmission of data from non-compatible sensors presents a significant impediment to our ability to defend against advanced threats." He added that using a cloud architecture, big data analytics, edge computing, AI, and machine learning would allow the military's defense networks "to sense a threat from one node and engage it precisely and expeditiously from another across vast distances and across all domains." The general also emphasized the need to move faster with machines because of the aggressive pursuit of AI by the Chinese and the Russians.