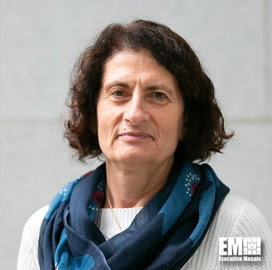 The Department of Defense has tapped technology industry veteran Victoria Coleman to serve as the director of the Defense Advanced Research Projects Agency.

With Coleman’s appointment in tow, acting DARPA Director Peter Highnam is set to resume his tenure as the agency’s deputy director.

Coleman is a seasoned professional with more than 30 years of experience in academia, the private sector and government, according to an article published in Defense.gov.

Some of her career highlights in the public sector include being appointed as the founding chairman of DARPA’s Microsystems Exploratory Council and serving on the Defense Science Board.

During her time in the technology sector, she focused on artificial intelligence and microelectronics, mobile devices and other consumer electronics products.

In a statement, acting Undersecretary of Defense for Research and Engineering Michael Kratsios welcomed Coleman as DARPA’s new director. According to Kratsios, a 2020 Wash100 winner, DARPA plays a critical role in strengthening the U.S. military’s technological dominance and developing innovations for the country’s warfighters.

Posted on September 2, 2020 by Adrian Rosenberg