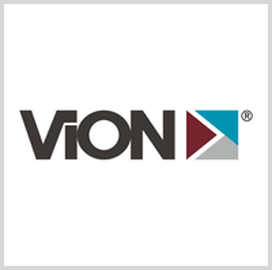 Rob Davies will take on the role of chief operations officer while David Kushner will serve as the new senior vice president of sales, ViON said Wednesday.

He also lauded Robies’ contributions to the development of the ViON MarketPlace and the ISO 9001:2015 certification for ViON’s aaS program business.

Before his promotion, Robies, a past Wash100 winner and Potomac Officers Club member, served as the VP of the cloud project management office. The role put him in charge of cloud and as-a-service contracts and programs for ViON. His duties included new product development and automated portal development and deployment.

His expertise helped the company foster stronger partnerships and revenue growth over the past three years. He has also been instrumental in completing several as-a-Service program acquisitions and facilitating the overhaul of the company’s business development and capture organization in line with customer markets.

According to Frana, Kushner’s promotion is aimed at helping ViON take a more strategic approach to program business and growth.

Posted on February 4, 2021 by Adrian Rosenberg