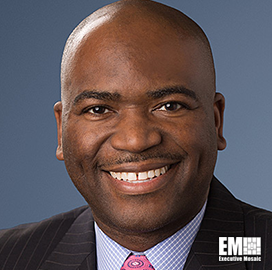 William Ampofo II serves as the vice president of supply chain at Boeing’s global services division, which operates in more than 70 countries.

As supply chain head, Ampofo is responsible for leading all aspects of the supply chain function, including distribution and component and engine maintenance, repair and overhaul, according to his profile posted on the Boeing website.

Ampofo has held the position since December 2019.

In 2020, he was appointed to a two-year assignment to lead the Boeing Supply Chain Process Council and serve on the Boeing Executive Council. In the role, he is tasked with driving the company’s supply chain as well as ensuring that Boeing is focused on its production system and services operational lifecycle.

According to his LinkedIn profile, the industry veteran joined Boeing in 2016, initially as senior vice president of global operations and supply chain for Aviall, a Boeing subsidiary headquartered in Dallas, Texas.

Prior to Boeing, Ampofo spent a combined 22 years at United Technologies, Pratt & Whitney and Sikorsky.

He joined Boeing from UTC Aerospace Systems, where held the positions of VP of business process management as well as supply chain commodity and cost management.

The Boeing executive is a finance graduate from Adelphi University. He also holds a master’s degree in finance and corporate strategy from George Washington University, his LinkedIn profile shows.