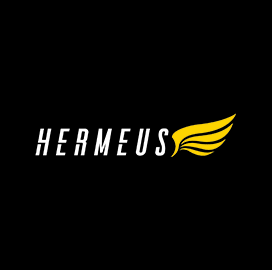 Aerospace startup Hermeus has received $60 million in funding from the U.S. Air Force to develop a hypersonic jet, which has the ability to travel five times faster than the speed of sound.

The Air Force awarded Hermeus the multi-million-dollar contract on July 30, setting five objectives for the company to achieve in a period of three years.

Under the deal, the company must be able to scale and flight-test a reusable hypersonic propulsion system; build and test three of Hermeus’ Quarterhorse concept aircraft; and provide wargaming inputs that the military service can use in strategic analysis tools, Air Force Magazine reported.

Through the Air Force contract, Hermeus aims to build a jet that can reach Mach 5.

The company says that the 20-passenger Mach 5 aircraft would be able to make a New York to Paris trip in 90 minutes. In contrast, commercial airliners take about seven and a half hours to make such a trip.

After three years, the Air Force will assess Hermeus’ progress on the contract, including the maturation of the jet and how well the system aligns with the priorities and needs of the service branch.

Hermeus’ hypersonic aircraft project is funded in part by the Air Force Life Cycle Management Center’s Presidential and Executive Airlift and the Air Force Research Laboratory. The award was made under the AFWERX Strategic Funding Increase program.

The aerospace startup’s Quarterhorse will be its first aircraft, but the jet is specifically designed for the military.

The Atlanta, Georgia-based company has not provided details about when it will develop jets designed for commercial use.