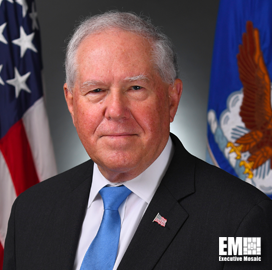 Frank Kendall is the 26th Secretary of the Air Force responsible for organizing, training, and equipping the U.S. Air and Space Forces. In this capacity, he directs the Department of the Air Force’s annual budget exceeding $168 billion, provides Air and Space forces to combatant commanders for global military operations, and is accountable for the welfare of nearly 700,000 active duty, Guard, Reserve, and civilian Airmen and Guardians and their families.

Mr. Kendall has more than 50 years of experience in engineering, management, defense acquisition, and national security affairs across private industry, government, and the military. He was a consultant to defense industry firms, non-profit research organizations, and the Department of Defense in the areas of strategic planning, engineering management, and technology assessment. Additionally, he is an attorney and was active in the field of human rights, working primarily on a pro bono basis.

Earlier in his career, Mr. Kendall was Vice President of Engineering for Raytheon Company, providing management and direction to the engineering functions throughout the company and for internal research and development. He also served as a Managing Partner at Renaissance Strategic Advisors, a Virginia-based aerospace and defense sector consulting firm.

Within government, Mr. Kendall held numerous posts including Under Secretary of Defense for Acquisition, Technology and Logistics as well as Deputy Director of Defense Research and Engineering for Tactical Warfare Programs in the Office of the Secretary of Defense. He is a former member of the Army Science Board and the Defense Intelligence Agency Science and Technology Advisory Board, and was a consultant to the Defense Science Board.

Mr. Kendall is a graduate of the U.S. Military Academy at West Point. He served 11 years as an active duty Army officer, including assignments in Germany, teaching Engineering at West Point, and in research and development positions.