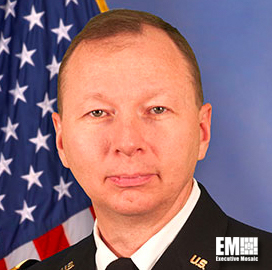 Colonel Joel D. Babbitt is the Program Executive Officer for Special Operations Forces – Warrior Systems at US Special Operations Command. In that capacity he oversees 10 joint program offices with a total annual budget of $1.8B.

Prior to his role as PEO SOF-Warrior, COL Babbitt served for 9.5 years as a product manager, executing over $4B in programs during that time. He is best known for delivering the Army’s first ‘flying command post’ to the XVIII Airborne Corps, bringing Secure Wi-Fi to the tactical army’s command posts, modernizing the Army’s tactical network, and supporting special operations.

As the Product Director for Wideband Enterprise Satellite Systems (PD WESS), he provided ground infrastructure and control capabilities for the Wideband Global Satellite (WGS) constellation and other constellations in support of the USAF WGS Program Office, Missile Defense Agency, DISA, and US Army Strategic Command.

Prior to serving as PdM WIN-T Inc 1, COL Babbitt was the Program Manager for Command, Control, Communications, Computing and Intelligence (C4I) Systems for a unit under the United States Special Operations Command at Fort Bragg, North Carolina. Simultaneously, he served as deputy director for a 51 person Development Division, Branch Chief of the Acquisition and Resource Management Branch, the J6’s Maintenance Officer, and as the command’s C4I Portfolio Manager for Program Objective Memorandum.

In addition to product management positions, earlier in his career COL Babbitt served as a Spanish Translation Shift Lead in the Utah National Guard, an Armor Platoon Leader in the 3/2nd ID at Fort Lewis, WA, a Company Executive Officer for the 176th Signal Company, Battalion Signal Officer for the 504th Military Police Battalion, Assistant Battalion S-3 for the 41st Signal Battalion and Company Commander, 201st Signal Company in the Republic of Korea, Brigade S-3 for the US Army Information Systems Engineering Command, and Afghanistan Cyber Project Lead.

COL Babbitt earned a Bachelor of Science degree in Psychology from Brigham Young University, in Provo, Utah. He holds a Master of Science degree in Computer Science (Software Engineering) from the Naval Postgraduate School and a Master of Strategic Studies from the U.S. Army War College. He is a graduate of the Command and General Staff College. COL Babbitt is Level II certified in Systems Planning, Research, Development and Engineering; Level II certified in Information Resources Management; and Level III certified in Program Management. He is a member of the Army Space Cadre. He also completed the Armor Officer Basic Course, Signal Officer Branch Qualification Course, Signal Captains Career Course, is a certified Project Management Professional, and was a Microsoft Certified Systems Engineer and Trainer.