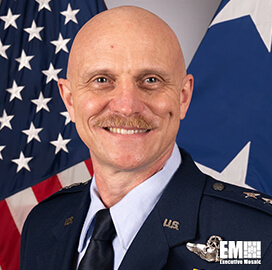 Maj. Gen. R. Scott Jobe is the Director of Plans, Programs, and Requirements, Headquarters Air Combat Command, Joint Base Langley-Eustis, Virginia. He is responsible for planning and programming $60 billion annually for a force of more than 150,000 personnel and more than 2,000 aircraft, supporting 10 unified commands and the North American Aerospace Defense Command. He is also responsible for functions relating to the Combat Air Forces' weapons systems acquisition, modernization, sustainment, and test involving more than 140 programs. Additionally, he directs a staff of 25 divisions and more than 700 personnel.

Maj. Gen. Jobe entered the Air Force after graduating from the University of Arkansas at Fayetteville with a Bachelor of Science and earned his commission through ROTC in 1993, He has commanded at the squadron, group and wing levels, and served within the Air Staff and U.S. Southern Command. Additionally, he led flying missions in operations Southern Watch, Noble Eagle, Enduring Freedom, Freedom Sentinel and Resolute Support. Prior to his current position, he was the Director of Strategic Plans, Deputy Chief of Staff for Plans and Programs, Headquarters U.S. Air Force, the Pentagon, Arlington, Va.

Maj. Gen. Jobe is a Weapons School graduate and former instructor, and is a command pilot with more than 2,400 flying hours in the T-37 Tweet, T-38 Talon, HH-60 Pave Hawk and F-16 Fighting Falcon.